Call of Duty, Grindstone and Sky: Children of Light all feature too 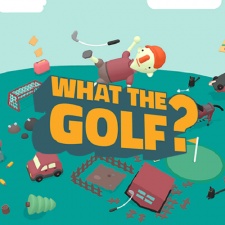 The 23rd annual DICE Awards finalists have been revealed with What the Golf? and Sayonara Wild Hearts both receiving multiple nominations.

Taking place in Las Vegas, the awards will be hosted for the fourth year by Jessica Chobot and Greg Miller. The ceremony will premiere on February 13th, 2020 at the DICE Summit and will be live-streamed online.

Furthermore, Triband's comical parody sports title What the Golf received two nominations in Outstanding Achievement for an Independent Game as well as Portable Game of the Year.

The full list of nominations for Portable Game of the Year are:

Nintendo's presence will be felt heavily at the show with 10 nominations given to the Japanese firm. Leading the line-up is Luigi's Mansion 3, which is a finalist for Outstanding Achievement in Animation and Adventure Game of the Year, with The Legend of Zelda: Link's Awakening up for the latter too.

Last week a Pokemon Direct took place with a new Pokemon Mystery Dungeon game being revealed for Switch, as well as an expansion pass for Pokemon Sword and Shield.

Recently we spoke to DICE Summit host and Kinda Funny co-founder Greg Miller about the launch of Apple Arcade and Google Stadia.