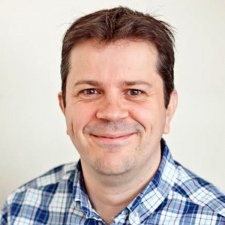 All-in-one VR headsets are going to be the future of VR, according to NDreams CEO Patrick O'Luanaigh.

O'Luanaigh was speaking at Yorkshire Games Festival 2020, giving an update on the future of the games industry and the new technologies that will be part of that future.

For VR, O'Luanaigh repeatedly return to the "form factor" of VR, noting that companies are now working towards turning VR headsets into simple glasses instead of bulky units.

But all-in-one solutions, such as the Oculus Quest, are the first step in that direction, taking the technology into a mobile space as they completely remove the need for cables.

The second technology O'Luanaigh drew attention to is AR, noting that while Pokemon GO has seen wide adoption and introduced AR to the masses, "it's not the AR we're talking about".

Instead, O'Luanaigh is excited for headset-based AR, such as the HoloLens, which is currently largely used in B2B scenarios but "is coming" to consumers, though it is "a few years behind VR".

These headsets, which are likely to take the form of regular eyeglasses, will have eye-tracking and scan rooms to allow virtual characters to interact with the real world. As for who is developing this technology, O'Luanaigh is adamant that Apple will release something "in the next three years".

O'Luanaigh also spoke about brain-scanning tech which is powered by thoughts, which could be combined with AR glasses and is already being researched by teams at Facebook – though this is "very far in the future".

Finally, O'Luanaigh turned to streaming, explaining that while Stadia is already considered a failure due to a limited uptake at launch, he believes it will grow similarly to Steam – beginning small, but slowly growing and dominating the market.

On the topic of 5G, O'Luanaigh hopes it will be used to power VR due to ultra low-latency, though he believes it will also take around three years to reach large coverage across the UK.

O'Luanaigh also believes that deep-linking - allowing players to jump straight into a game from a link - will be a key part of 5G and streaming in general, and is an area that developers should be thinking about as the technology begins to grow.

Why Patrick O'Luanaigh is convinced VR gaming will be a success