Mobile World Congress 2020 cancelled due to "global concern" of coronavirus

"Impossible for the GSMA to hold the event" 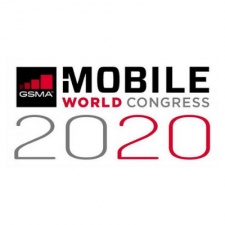 The Global System for Mobile Communications (GSMA) has cancelled the Mobile World Congress 2020 due to concerns surrounding the coronavirus.

The annual conference that was set to take place in Barcelona at the end of February - which sees more than 100,000 people industry personnel from around the globe - has now been axed with regard to the keeping the host city safe.

Two further MWCC trade shows are due to take place later this year in Shanghai (June) and Los Angeles (October), though nothing has been announced regarding each's status yet.

"The GSMA and the host city parties will continue to be working in unison and supporting each other for MWC Barcelona 2021 and future editions. Our sympathies at this time are with those affected in China, and all around the world."

Word of the conference being scrapped began shortly after Sony and Amazon withdrew their appearances because of the coronavirus.

Apple and Nintendo have also been affected by the current outbreak with iPhone manufacturing and Switch production both impacted as a result.

PGC Digital: Learn about the status of 5G worldwide with GSMA

In-person E3 cancelled for third year in a row