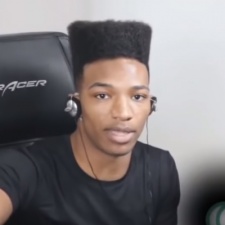 Niantic has commemorated a mural in Pokemon GO via a Pokestop dedicated to deceased US YouTuber Desmond 'Etika' Amofah.

The newly implemented Pokestop was spotted by Pokemon GO influencer Reversalx7, who rallied community members back in November 2019 to nominate the mural as a Pokestop.

Found in 1280 Myrtle Avenue in Brooklyn, New York, the 40-foot mural depicts the popular reaction YouTuber who died by suicide in June 2019.

Those that visit the Pokestop will be greeted with the words: "Remembering the passing of Etika, JoyconBoyz forever." The latter was a common phrase used by Etika and fans.

"I want to specifically thank the NYC Pokémon GO Community on making this happen, this wouldn't be a thing without you guys," wrote Reversalx7 via Twitter.

"This is a big day for the Joyconboyz"

Niantic recently began rolling out a new Battle League in Pokemon GO, with Trainers able to participate in three different leagues rotating from now until March.

Prior to this, it was revealed that Pokemon Go live events generated $249 million in tourism revenues in 2019.

For those struggling with mental health issues, the US National Suicide Prevention Hotline is available at 1-800-273-8255. In the UK, the Samaritans can be reached on 116 123. Both hotlines are open 24/7.