But does it play on a cold, rainy night in Stoke? 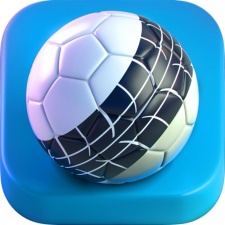 UK-based games studio Lava Skull has soft-launched Soccer Rally: Arena in the US.

This is the third entry in the now eight-year-old series, which puts vehicles up against one another in a game of football. After several years of requests from fans, the newest iteration features three versus three multiplayer matches as well as cross-platform online play.

Designed specifically for the mobile platform, Soccer Rally: Arena features a top down camera so that players can view all the action and act fast.

Groups can gather friends and team up against the rest of the world with ranked party mode, or alternatively set up private parties to sharpen improve skills. A number of unlockable cars will be accessible for the user's garage.

Soccer Rally: Arena is available to download for US residents on the App Store and Google Play. No official release date has been given at this time.

Car football games were made popular by Psyonix with Supersonic Acrobatic Rocket-Powered Battle-Cars back in 2008 before the sport was taken to new levels via Rocket League in 2015.

Due to the success of Rocket League, Epic Games acquired Psyonix for an undisclosed fee.