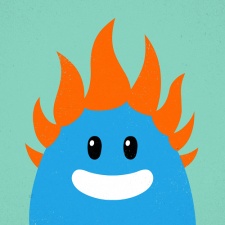 Jasmine Hansen is the head of brand and marketing for Metro Trains Melbourne and also the head of dumb ideas for Dumb Ways to Die.

Dumb Ways to Die head of dumb ideas Jasmine Hansen and head of digital ways to die Dean Mendes confirmed the figures to PocketGamer.biz in a recent interview discussing the seven-year anniversary of the series on mobile.

Originally launched as an Australian public service announcement campaign to make people aware of railway safety, the brand expanded into games with the original Dumb Ways to Die releasing on iOS and Android in 2013.

Furthermore, the company's library of titles receives two to three million organic downloads a month with a daily average user base between 500,000 to 600,000. 6.5 billion game sessions have been played too.

"Seven years ago we used Facebook, Tumblr and YouTube to attract a sizeable and active player base, now we are using channels such as Instagram and TikTok to further drive player numbers and overall awareness."

TikTok specifically was highlighted as working well for the firm lately, with 15 million views, 292,400 followers and 2.1 million likes all contributing to an increase in game downloads. Dumb Ways to Die's YouTube channel has also accumulated 340 million views playing a part in installs.

You can read the full interview with Hansen and Mendes on how Dumb Ways to Die turned from a marketing campaign to a standalone business here.