Adventures Crystals that can be played at home have been added, along with increased Tappables 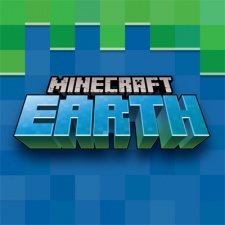 Minecraft Earth has had its gameplay adjusted for people to play it inside.

As announced on Twitter (below), the changes have been made to help keep its player base safe from the Covid-19 outbreak.

Three key changes have been made. Firstly there are Adventures Crystals that can be played from home. Furthermore, there is an increased Tappable spawn rate and density.

In November 2019, the augmented reality title hit 2.5 million downloads after it entered early access in the US. Last month, Mojang partnered up with Mattel for NFC-enabled Minecraft Earth toys.

Minecraft Earth isn't the only game to be altered to suit better playing indoors. Niantic's Pokemon Go has seen a surge in revenue after it was changed to be easier to play inside.

As a result of the ongoing pandemic, Mojang chose to cancel the Minecraft Festival. It was scheduled to take place in September.

We want to help you #FlattenTheCurve! To align with COVID-19 precautionary measures, we have made it easier than ever to play Minecraft Earth from home:
Adventures Crystals you can play from home!
Increased Tappable Spawn Rate
Increased Tappable Density