Suing for damages, profits, and for the game to stop using her likeness. 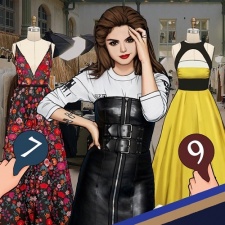 Pop star Selena Gomez has filed a lawsuit against Clothes Forever - Styling Game developer LoveCrunch accusing them of stealing and profiting off her image and brand.

As reported by TMZ, Gomez claims the game has "ripped off" the singer's cover photo from the publication Flare, and used it to promote the title across the App Store. Gomez then claims that she has built up her brand over the course of her career, with a sponsored post now worth up to $800,000.

Clothes Forever is a fashion game that allows players to dress like their favourite celebrities and design their own fashion brand. Famous faces such as Beyonce, Kim Kardashian and Taylor Swift appear too, though whether any of the celebrities actually gave their permission to the developer is up for debate.

In the documents filed, Gomez maintains that her reputation has been thrown into question due to the quality and association of Clothes Forever, which she states as "bug-riddled"

Clothes Forever launched three years ago and currently stands at a 2.9 out of five rating on the App Store from 457 reviews.

The singer is suing for damages, profits made as a result and for the game to stop using her likeness.