Slap Kings racked up the most mobile downloads in March 2020 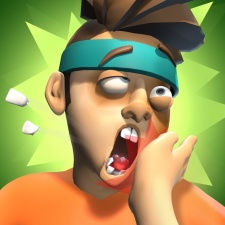 Slap Kings by Lion Studios was the most downloaded mobile title in March 2020, according to Sensor Tower.

It took first place on Google Play alone and fourth on the App Store for downloads. Overall, the game was installed 35.6 million times. The United States accounted for 13.6 per cent of downloads, while 9.4 per cent came from India.

Voodoo's Draw Climber took second place, coming in at No.7 on iOS devices but climbing to second place on Android. Collectively, it got 31.7 million downloads. It proved most popular in Indonesia with 9.5 per cent of total installs. Russia followed it with 8.6 per cent.

PUBG Mobile came in at No.3, and moved up both charts, coming in third and sixth place on Google Play and the App Store respectively. It experienced a 35.7 per cent increase in downloads from February. The battle royale generated $176.3 million in revenue in January after it exceeded $1.5 million in lifetime revenue last December.

The top five was rounded out with Woodturning from Voodoo at No.4 and Playgendary's Perfect Cream at No.5.

Voodoo's third entry in the top ten – Spiral Roll – accumulated 23.3 million downloads - this was its first appearance in the chart. Another new appearance came in the form of Brain Test by Unico Studio, which was installed 22.8 million times.

Overall, March proved to be the best month ever for mobile downloads worldwide. Installs jumped above 3.3 billion, a year-on-year increase of 51 per cent. The coronavirus is likely the cause for this surge in downloads are people are encouraged to stay home.

At PGC Digital, we learned from App Annie that March 22nd was the biggest week for mobile gaming downloads.