Dazzle Rocks raises $6.8 million in Series A funding round

Funds to be used in developing new social mobile MMO 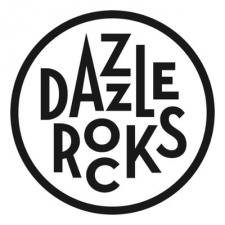 Finnish mobile games developer Dazzle Rocks has raised $6.8 million in a Series A funding round.

The money will be used to further develop Dazzle Rocks' new social sandbox MMO, which it claims is the first of its kind on mobile.

"We are in the final stage of releasing an open beta for Western markets and will later follow with key Asian markets, including China, Korea, Japan, and Taiwan," said Joonas Jokela, COO of Dazzle Rocks.

"Our custom social MMO engine foundation is now complete and enables massive global scalability and the development of our pipeline of future social MMO games."

Dazzle Rocks CEO Stella Wang added, "Whenever there is a seismic shift in the game industry, as is happening now with rapidly changing social media channels and uses, outside-the-box, forward-thinking creativity is rewarded. Our team is singularly and relentlessly focused on these changes.

"We have built a multinational and experienced team that is agile and ambitious to shake the market with a groundbreaking game experience that targets the trend of gamers seeking cooperative social sandbox MMO worlds rather than battle-oriented games."