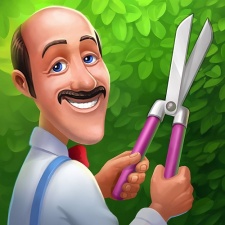 King's Candy Crush Saga has been dethroned for the first time since November 2012 as the highest monthly global consumer spend in a mobile game.

This was confirmed via mobile data and insights firm App Annie, stating that Playrix's Gardenscapes was the first match-three or match plus build game to take the title away from Candy Crush. Specifically, this was for the month of April 2020 across iOS and Google Play.

Candy Crush Saga still remains one of the top games for consumer spending and has remained a huge force in the mobile games industry since launching in April 2012.

With more people indoors as a result of the coronavirus pandemic, the question remains whether Gardenscapes is able to replicate the success, or if it was down to unusual circumstances globally.

Playrix was further confirmed to be the number two mobile company by consumer spend globally in games and apps across iOS and Google Play in April 2020.

The match-three puzzler has continued to drive revenue for the company, surpassing the $1.5 billion lifetime mark in December.