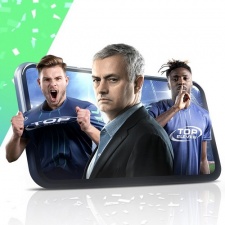 This information was unveiled as part of Top Eleven's 10th-anniversary celebrations, which included the seven-year partnership with the face of the franchise and Tottenham Hotspur F.C. manager, José Mourinho.

Launched in 2010, the football manager title has accumulated 27 billion matches from the touchline, 262 billion minutes of gameplay and 75 million League trophies won.

Nordeus also confirmed that Indonesia claimed the highest number of registrations worldwide for Top Eleven at 26,474,124. Turkey followed in second at 22,850,854, before Brazil rounded out the top three with 15,479,554.

“When I was a kid, everyone wanted to be a football player, not a manager," said Mourinho.

"Now I find lots of people dream to be a manager, and games such as Top Eleven have the responsibility to give kids a chance to be a manager every day. They learn by playing and enjoying the game, and they can learn the job of being a football manager without having to be a player… just like me."

Nordeus CEO Branko Milutinović added: "From the beginning we always envisaged growth, but even I could not have predicted such significant strides in just 10 years. Top Eleven is the game that put Nordeus on the map and helped the company become what it is today,

Going forward the company has a "lot more on the horizon" for Top Eleven, with Mourinho continuing to be a representative for the game after recently extending his deal until 2022.