"A fantasy world featuring a cast of unique and quirky characters" 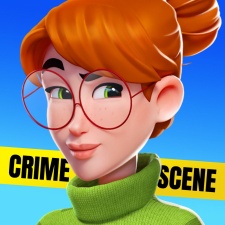 Previously in soft launch, the free-to-play game has fully launched worldwide and can be downloaded from both Google Play and the App Store.

Taking on the role of a writer, players will complete puzzle-based levels to collect evidence, follow a lead and work through a list of suspects to solve the crime ultimately. Players will learn the identity of the killer at the end of each case.

"Such themes are consistent with our games portfolio over the years – for example, it’s what players have come to know and expect from any Angry Birds game.

"But what the team has also done with Small Town Murders is to create a new IP with an engaging narrative, one which nicely complements the casual puzzle core gameplay and takes you along for the ride. The result feels fresh, fun, and not taking itself too seriously."

In March, the Finnish firm soft-launched Angry Birds Legends – a turn-based RPG – in the UK, Sweden and Finland on Android devices.

Rovio continues to see good profitability despite drop in revenue