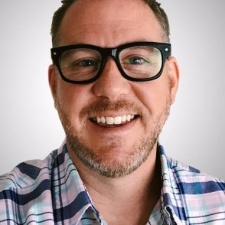 According to GamesBeat, Casamassina co-founded the publisher back in 2017 with former CEO Mike DeLaet, who has left to "pursue another opportunity". Casamassina is an ex-games journalist, having been one of the founding editors of IGN in 1997 before working as the editorial manager of games for the App Store from 2010.

Along with Casamassina's appointment, a few other changes have been made to Rogue's leadership. Former VP of marketing Bryan Buskas will now be chief operating officer, while former studio head and VP of production Chris Archer steps into the role of chief strategy officer.

"We wish Mike the best of luck, but this makes a lot of sense as we grow the company and expand more into a ‘Netflix of games' model," said Casamassina.

"The executive team that we have in place makes a whole lot of sense for us. We have a massive funnel of great games."

Rogue Games raised $2 million back in May 2020 as it looked to expand its publishing capabilities to console and PC. It is still publishing to mobile, having recently added five games to the Google Play Pass.