Kwalee's Line Up: Draw the Criminal draws in 1.5 million downloads in four days

It was released on July 2nd 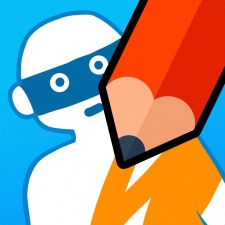 Kwalee's Line Up: Draw the Criminal has hit 1.5 million downloads in four days since its launch.

Available on both the App Store and Google Play, the game was released on July 2nd and hit one million installs within its first three days. Furthermore, it has topped charts in the UK, Canada, Australia and Finland, as well as placing in the top three in the US.

On top of that, in the simulation category, the game topped the charts in 11 countries, including the US. Furthermore, the game is only the second to be released by the Leamington Spa-based studio following the COVID-19 outbreak. The first, Bake it, hit 10 million downloads in its first month and has since exceeded 18 million.

"We were very excited to launch Line Up, and it's been brilliant to see players all around the world enjoying the game as much as we do," said Kwalee CEO David Darling.

"To achieve more than 1.5 million downloads in such a short space of time is a fantastic start, but we know that the game can achieve a lot more. Coming so soon after Bake it, this gives us great confidence in our ability to keep developing and launching hit games for as long as we remain a remote team – and of course, beyond."