Helping the studio with its expansion into console 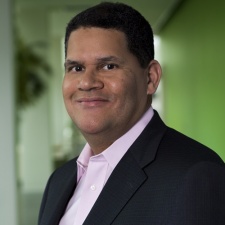 Rogue Games has added former Nintendo of America president Reggie Fils-Aimé as a strategic advisor as it continues its expansion into the console market.

Fils-Aimé will be immediately familiar to any Nintendo fan, having put himself at the forefront of many of the company's announcement videos, some of which we collected together to celebrate his career when he retired from the role in April 2019.

He has since appeared in various capacities, and joined the Gamestop board of directors in March 2020.

"When Rogue shared its console vision with me and I saw the first games that will be arriving this summer on platforms like Nintendo Switch, I was immediately impressed by the levels of ambition and innovation," said Fils-Aimé.

"I'm always on the lookout for fast-growing and innovative companies that are ready to shape the future of games and I'm excited to join Rogue in their mission to unite and simplify games publishing across all platforms."