As part of the Red Nose Day campaign 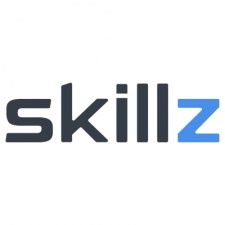 Mobile games platform Skillz has teamed up with Comic Relief US to host fundraising tournaments for Red Nose Day.

The non-profit charity hosts its Red Nose Day campaign every year, as it fights to end child poverty, helping to keep children healthy and in a safe environment.

Anybody with a mobile phone can take part in the competitions, all they need to do is enter public tournaments created by Skillz through its games.

On top of this, there are celebrity supporters taking part, and users can compete against them in their private tournaments. Namely, Milo Manheim and Meg Donnelly will host events in Cube Cube while Quinta Brunson will do the same in Blackout Blitz.

"Skillz and its millions of players provide an innovative way to get new communities involved in Red Nose Day activities every day," said Comic Relief US CEO Alison Moore.

"The Red Nose Day campaign has positively impacted nearly 25 million children since its debut in America in 2015, and Skillz tournaments will help us to engage more people with Red Nose Day’s mission, and help more vulnerable children."

Skillz founder and CEO Andrew Paradise added: "Protecting children during this pandemic is critical to building a brighter future for all of us. By partnering with Comic Relief, Skillz is leveraging our mobile games to tap a new generation of first-time donors and drive funding for programs that keep kids healthy and happy."

Comic Relief US is not the first charity that Skillz has aided through its fundraising tournaments. Most recently, it raised more than $100,000 for the NAACP. The company has also previously worked with the American Red Cross, and it gave almost $40,000 to the charity.