Pokémon GO generated $17.5 million in revenue during the event 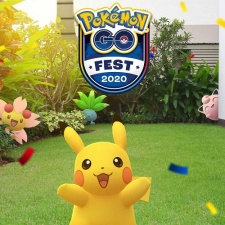 Update 2: Niantic has doubled its promised pledge of $5 million to anti-racism charities to $10 million.

As announced via an update, the company has made this decision based on the impressive tickets sales Pokémon GO Fest 2020 experienced across 124 countries. The augmented reality specialist first committed to donating all proceeds from the event to charity in June, a decision made in response to the #BlackLivesMatter movement.

Update 1: According to data from Sensor Tower, during Pokémon GO Fest 2020, the augmented reality title experienced its best day for revenue since July 29th, 2016 – when it hit $13.3 million – as it generated $8.9 million on July 25th, when the event began.

The day before the event kicked off, July 24th, Pokémon GO generated $7.8 million, while it hit $8.6 million on July 26th. So far this year, Niantic's title has made $539 million, and it is rapidly closing in on $3.7 billion in lifetime revenue.

As announced in a site update, for the first time in the event's history, it was held in an entirely digital format thanks to the ongoing coronavirus pandemic. Held from July 25th to 26th, players from around the globe could get in on the fun as the weekend was filled with bonuses, encounters, and special research.

As part of the event, Team Rocket made an appearance, but trainers banded together to beat more than 58 million members of the infamous group. Moreover, players sent 55 million gifts, and they walked around 15km on average each.

Niantic pulled out all the stops for this year's Pokémon GO Fest - by the start of this month, over 700,000 tickets had been sold across 110 countries. Those numbers may have increased after the company teamed up with The Last Jedi director, Rian Johnson, for a new trailer.

Furthermore, the American firm will donate all proceeds made by the event to anti-racism charities – a promise it made in the wake of George Floyd's death at the hands of police brutality.

Niantic partners with Verizon for US exclusive Pokémon Go content