Rovio, Sybo, and more are encouraging players to protect the planet 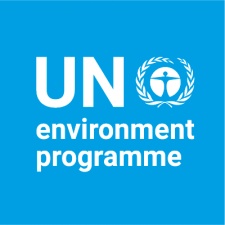 Several mobile games companies have committed to encouraging players to protect the planet through environmental activations in popular titles.

With a range of topics to be tackled, such as climate change, the companies got to work on creating new game modes, maps, buildings, storylines and themed events. The majority of adjustments will be made to the titles in September

Participants voted Playdemic as the overall winner, while MAG Interactive was seen as the most adaptable. Furthermore, Wildworks took home the UNEP favourite accolade. All in all, particpants boast around 250 million players altogether in an active player base.

"We are excited to see the gaming industry throw its weight behind global efforts to reverse the climate crisis. The climate emergency needs all hands on deck. In reaching out to 250 million gamers, we hope to inspire audiences to take action," said UNEP executive director Inger Andersen.

Space Ape CEO John Earner added: "I was skeptical whether we could pull it off, especially during lockdown, but it was really inspiring to see companies who are normally very competitive come together and deliver some really great work. I see a huge amount of potential here for our industry and player communities going forward."