"We're building on our commitment of enabling developer success at all stages of the game life cycle, from creation onwards" 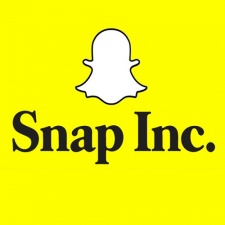 Unity and Snap Inc has formed a partnership to bring Snap technology to game developers.

As part of the collaboration, mobile game devs will get access to various features of Snap Kit through the Unity Asset Store.

Such features include a login kit that will allow mobile players to use their Snapchat account as a way to both sign up for and log in to games. Moreover, through the creative kit, devs can allow their players to share their gameplay.

Furthermore, the captured clip can be modified with branded stickers. That goes for both video and still shots. On top of this, there will be a Bitmoji for Games integration in 2021.

"There are games for all types of unique social situations and social groups," said Snap Inc vice president of partnerships Ben Schwerin.

"The Snap Kit and Bitmoji for Games integrations will unlock many new opportunities for game developers to reach audiences by allowing them to more easily share experiences with one another while increasing visibility of their games."

"We're building on our commitment of enabling developer success at all stages of the game life cycle, from creation onwards," said Unity vice president of revenue and operate solutions Julie Shumaker.

"Snap brings their vast advertiser community to the Unity ecosystem where they will reach highly engaged and valuable player audiences, while the verified elements from Snap used in games made with Unity will allow players to drive social sharing and game discovery."

Schwerin added: "Snapchat is all about staying connected with your closest friends, but friendships aren't just about conversations. They are often also based on shared experiences, which today includes gaming.

"As gaming has increasingly become a visible part of the Snapchatter journey, it's also an area that we aim to make easier for retailers and brands to reach our community through their Snapchat campaigns."

Earlier this year, in an attempt to aid indie developers, Unity launched the Game Growth Program.