The game has been in soft launch since August 2019 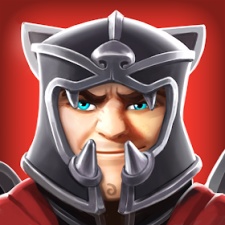 The title will release globally across Google Play and the App Store in April 2021, though a day has not been specified by the company yet.

Darkfire Heroes is a mid-core RPG strategy game with a single-player campaign, as well as PVP arenas for players to team up and battle with friends.

The game has been in soft launch in selection locations since August 2019, initially created by Danish mobile games developer Darkfire Games. Rovio snapped up the studio in 2020 for an undisclosed sum and rebranded it to Rovio Copenhagen. Darkfire Heroes will be the studio's debut release.

At the time, now-ex Rovio CEO Kati Levoranta said that the acquisition would "strengthen our game genre mastery and expansion to Mid-Core games, where we see attractive opportunities in RPGs".

She added: "The talented team in Copenhagen will be a fantastic addition to Rovio's already highly skilled flock."

Back in December 2020, Rovio named Alexandre Pelletier-Normand as its new CEO, a significant step up from his previous role as the company's executive VP for games. Rovio also recently soft-launched another offering in the long-running Angry Birds franchise - Angry Birds Journey.

However, a couple of other Angry Birds titles have also been recently plucked from Rovio roster. Angry Birds Tennis was scrapped last October following an unsuccessful soft launch, and Angry Birds Legends rolled out its final update in December.

That being said, Darkfire Heroes is a fresh offering outside of Rovio's usual bird-based business, so perhaps the future looks bright for the company's mid-core debut.