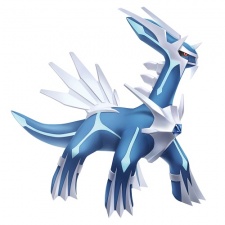 The Pokémon Company has confirmed that two Pokémon remakes will be released this year.

As announced in the Pokémon Direct showcase, celebrating the franchise's 25th anniversary, Pokémon Brilliant Diamond and Pokémon Shining Pearl will be released towards the end of the year.

Diamond and Pearl's remakes had been heavily rumoured to be the next major instalment in the main franchise.

Initially, the two titles were released in 2007 for the Nintendo DS and take place within the Sinnoh region.

Moreover, Brilliant Diamond and Shining Pearl are in the hands of ILCA, known for its work on mobile title Pokémon Home.

However, it is not just the remakes that got a mention in today's Pokémon Direct, as a new open-world RPG dubbed Pokémon Legend Arceus was also announced.

Furthermore, it is also set within the Sinnoh region and will offer a new experience to long time Pokémon fans. It is to serve as a prequel to Diamond and Pearl.

Unlike the remakes, Pokémon Legend Arceus will be developed by the franchise's primary studio, Game Freak.

From the presentation, it is clear to see that the game has been developed with a style reminiscent of Pokémon Sword and Shield.

Finally, new gameplay was shown in the presentation for those who are eagerly awaiting New Pokémon Snap. Showing off a star rating system for photo rarity and a photo mode that allows players to modify their captures.

New Pokémon Snap was first announced earlier this year and will land on Nintendo Switch on April 30th, 2021.

It has been a long wait for fans of the photo-based title, as the first Pokémon Snap was released for the N64 back in March 1999.