To grow its team and portfolio 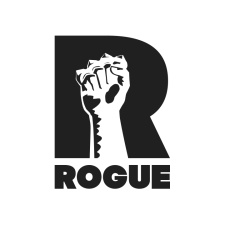 Indie publisher Rogue Games has raised $2.5 million in a Series A funding round.

The investment was led by Riva Technology and Entertainment, with Rogue planning to use the money to scale its team and work on building its publishing platform across PC, console and mobile.

"We're always on the lookout for companies that are doing new and exciting things in their industry, which is what drew us to Rogue," said RTE CEO Paul Roy.

"Their experienced, well-connected team and unique vision for games publishing has already yielded some fantastic successes, and we know they're just getting started.

"This investment into Rogue will greatly complement the 360-degree gaming and Esports ecosystem that we are building at RTE."

Currently, Rogue has more than 20 games in its portfolio, including Giant Dancing Plushies, Epic Skater 2, Fisti-Fluffs, Outsider: After Life and The Pocket Arcade.

"Some of our favourite titles of the past few years have been these batshit insane games that came out of nowhere from super-talented developers," said Rogue CEO Matt Casamassina.

"We love those well-crafted and unexpected experiences and believe there's a huge audience for us to entertain with those types of games."

"We want the Rogue logo to encompass unique, memorable experiences, so we're teaming up with the best of the best—in some cases small, talented teams, but in others much bigger, well-established studios—to build a signature portfolio of amazing, stupidly polished titles."

The Rogue team is composed of industry veterans from companies such as Disney, Activision, EA, IGN, Treyarch, Google and SEGA.

"From the moment we take on new projects, we use our team's experience, creativity, and collaborative approach to connect with development teams in a deeper way than traditional publishers, which makes our games better and gives them every chance at success," said Rogue chief strategy officer Chris Archer.