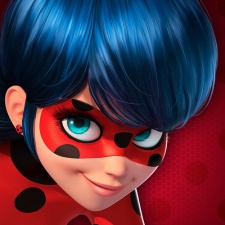 This will be the second title from Zag following the release of the official Miraculous Ladybug & Cat Noir game in 2018.

Also developed by CrazyLabs, that game - an endless runner - has been downloaded more than 140 million times.

Miraculous Ladybug Puzzle RPG is set to launch alongside the holiday 2021 premiere of the Ladybug and Cat Noir: Awakening animated movie.

“This new game is being designed and will be marketed to Gen Z as the primary audience, while also making sure that the gameplay and onboarding are accessible for everyone to enjoy.”

Set in Paris, Miraculous is the story of two two seemingly typical teens - Marinette and Adrien, - who have secret identities and magically transform into superheroes, Ladybug and Cat Noir to fight crime.

With a core fanbase of young adults (aged 15-25), Miraculous has generated more than 23 billion views on YouTube.