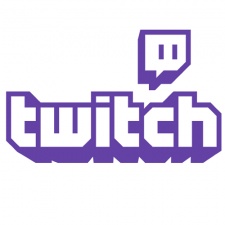 US live streaming platform Twitch has seen huge growth via its mobile app, generating over 22 million downloads in Q1 2021.

That's according to market intelligence platform Sensor Tower, which confirmed an increase of 62 per cent from the 13.6 million installs accumulated throughout the same period in 2020.

Residents in the US once again proved to be the biggest viewers, with approximately five million downloads made throughout the quarter, up 61 per cent from the same period the year prior.

Those in India, however, have contributed to the most growth globally, climbing up the ranks by 558 per cent year-on-year in 2020 to 2.2 million downloads.

As a result of the ongoing pandemic, downloads of Twitch's mobile app began rising exponentially from March 2020.

By the end of the year, nearly 81 million total installs had been made, representing a 134 per cent increase year-over-year.

Monthly active users have similarly seen bigger metrics since the pandemic began, soaring by 69 per cent in March 2021.

Twitch will no doubt be looking to build upon these impressive numbers and rally around its younger audience. One of the ways it's looking to do so is by partnering with NBC to broadcast the Tokyo 2020 Olympic Games (via Sports Business Journal), alongside introducing a number of game mechanics to keep watchers engaged.

Only a few months back it was revealed that more than two billion hours of games content was viewed on Twitch throughout January.

More recently, Twitch confirmed that it could suspend or delete accounts for actions outside of the platform.