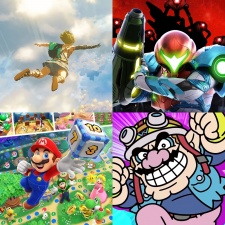 Nintendo has hosted its annual E3 presentation revealing new games and providing updates on its upcoming selection of titles coming to the Switch.

Kicking off the stream, Nintendo confirmed that Kazuya from the Tekken series will be the next Super Smash Bros. Ultimate DLC character. The protagonist of the original 1994 release will be the fifth character in the second Fighter Pass, with more details set to be announced next month.

Following a short segment regarding third-party titles arriving on the platform later this year - including Life is Strange and Guardians of the Galaxy - a new Super Monkey Ball game was unveiled as part of its 20th anniversary.

Blast from parties past

Mario Party Superstars was then revealed, which will look to bring back 100 mini-games from across the series and five classic boards from the Mario Party titles on the N64.

Mario Party Superstars will celebrate its release on October 29th, 2021.

One of the biggest announcements of the presentation came in form of Metroid Dread, the first new 2D Metroid game in 19 years. Developed by MercurySteam, the action-adventure is a direct sequel to 2002’s Metroid Fusion and will conclude the five-part saga that began in 1986.

A new WarioWare game (and the first for Switch) took the spotlight later in the showcase, offering two-player co-operative play for the first time in the series' history.

WarioWare: Get It Together will launch on September 10th, 2021.

There was also the surprising return of the much-beloved Advance Wars series. A remake collection of the original two titles - Advance Wars and Advance Wars 2: Black Hole Rising - was confirmed to be in the works with WayForward overseeing development.

Zelda series producer Eiji Aonuma subsequently walked viewers through the new content coming to Hyrule Warriors: Age of Calamity (via the expansion pass), such as the new playable Battle-Tested Guardian.

Following a brief look at The Legend of Zelda: Skyward Sword remaster, Aonuma then debuted a Zelda-themed Game & Watch as part of the ongoing 35th anniversary celebrations.

Game & Watch: The Legend of Zelda is available to purchase from November 12th at $49.99 RRP.

Breath of the Wild

A new trailer for The Legend of Zelda: Breath of the Wild sequel then closed out the show - the first new look at the game in two years. Similar to the original teaser, Hyrule Castle elevates into the sky with Link now following the structure into the heavens to presumably defeat Ganon once more.

While no official subtitle has been given for the game as of yet, Nintendo senior product marketing manager Bill Trinen (via IGN) stated that the name is a spoiler and is being held back for that reason.

The Legend of Zelda: Breath of the Wild sequel is scheduled to launch sometime in 2022

The full Nintendo Direct E3 presentation can be watched in full here.

After heavy rumours indicated that Nintendo was set to unveil a Switch Pro ahead of E3, the device ended up being absent entirely. There's a good chance it may be held back to launch alongside the follow up to Breath of the Wild, however, only time will tell.