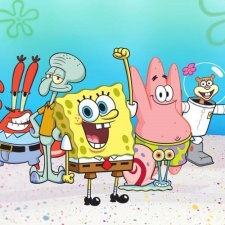 Developed by Kongregate’s San Diego-based studio, Ultrabit, the new game - based on the adventures of the animated sea sponge is part of an ongoing partnership between the company and creator Nickelodeon.

The game takes place just as SpongeBob's friend Sandy Cheeks is celebrating her birthday when Patrick (another friend) accidentally breaks the squirrel's vortex machine and sends everyone spiralling into a new dimension.

Further fan favourite characters such as Squidward, Mr. Krabs, Plankton, and many more will appear, with players trying to get them back home to the real Bikini Bottom.

"We're very excited to be working in partnership with Nickelodeon once again, this time to bring a new SpongeBob adventure to mobile gamers all over the world," said Kongregate chief product officer Tammy Levy as part of the announcement in March.

"SpongeBob has become a huge cultural icon, full of wisdom and wacky adventures, and is beloved by fans worldwide. We're thrilled to be able to add to the universe and bring this new SpongeBob adventure to life for fans, big and small, to dive into."

SpongeBob’s Idle Adventures is scheduled to launch on iOS and Android devices worldwide this summer.

Expectation will be high for the latest SpongeBob game, after SpongeBob: Krusty Cook-Off exceeded 14 million pre-registrations before it even rolled out globally.

As part of this, we previously spoke with Tilting Point vice president of product Yang Wen regarding the development of SpongeBob: Krusty Cook-Off.