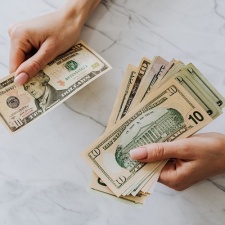 The games industry has accumulated $60 billion worth of deals and investments to do with mergers and acquisitions in the first six months of 2021.

That's according to the latest report from Drake Star Partners which points to "unprecedented deal activity". Indeed, there's been almost double the deal activity in the first half of 2021 as in the whole of 2020, and that's despite Microsoft's $7.5 billion purchase of Bethesda during that period.

The $60 billion has been spread across 635 deals, including investment rounds, M&As and public listings such as IPOs and SPACs.

June 2021 was a particularly busy month, with EA buying Playdemic and Take-Two acquiring Nordeus. Up to May 2021, the industry's total deal activity was a mere $47 billion.

Significantly, this activity has been fairly evenly spread across sectors with 51 deals concerning PC and console, 44 for mobile, 36 for platform and tools and 38 for esports.

In terms of activity surrounding mergers and acquistions, the value of PC/console companies acquired was $11.9 billion, with $9.9 million for mobile firms - including the $2.1 billion EA spent on Glu Mobile. Other segments were small in comparison as they are less mature in terms of business.

More deals are taking place every day. One of the most recent was Animoca Brands' announcement that it had raised a further $50 million investment.