Netflix executive Cindy Holland joins firm as an advisor too 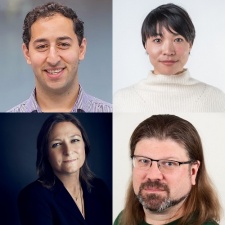 Founded in 2016, the New York-based tech firm has now raised $166 million and will use the capital to establish Genvid Entertainment, a new publishing subsidiary dedicated to producing massive interactive live events (MILEs).

"The success of Rival Peak has accelerated our plans and growth dramatically, with dozens of major IP holders, streaming and social media platforms, and other global brands seeking to create MILEs around their properties," said Genvid CEO and co-founder Jacob Navok.

"They recognise the opportunity to build new entertainment experiences that merge lean-back entertainment (TV and livestreaming) with interactive entertainment (games) to both grow fan bases substantially and further monetize existing fans. We’re excited to announce partners and IP licenses in the coming months.”

The company has also released an early concept trailer for its next event, codenamed Raven. This looks to follow on from its Rival Peak MILE, an interactive reality show with game elements that launched earlier this year.