"Today’s parents are so much more aware of modern technology…" 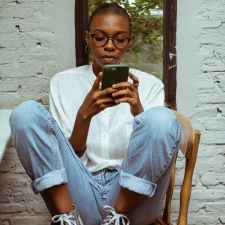 New market research from Tapjoy suggests that the majority of modern parents use mobile phones to play games.

The survey was conducted between February 2021 and June 2021 and consisted of 5,498 consumers who self-identified as parents across the US. Of the sample, 90 per cent said that they use their mobile phones to play games and 79 per cent said that playing mobile games is one of their favourite things to use their phones for.

Overall, 70 per cent of participants said that they play games on their mobile phones daily.

The effects of the COVID-19 pandemic have remained a continued presence in the mobile gaming space with 83 per cent sharing that they played more games during the peak of the pandemic and have no plans to stop.

Rewarded ads are the most popular among the sample, with 46 per cent saying it is their preferred type of advert to engage with. Rewarded ads offer the consumer a video or playable advert that provides a reward after watching or playing, such as in-game currency.

"Today’s parents are so much more aware of modern technology and trends than their own parents were," said Tapjoy senior director of marketing Lauren Baca.

"They grew up with the internet, so they’re well aware of what their kids are doing. They see smartphones as an essential tool that makes everything easier, from shopping to banking to monitoring the kids’ online activity.

"They have limited free time, so convenience is really important to them - we saw that meal kits and to-go food were especially popular mobile purchases in 2020. They like to unwind with mobile games at the end of the day, and they’re very receptive to rewarded ads thanks to the ease, convenience, and value they add to every transaction."

In line with the research findings, Mission Control GG’s Natalie Bell stated that there are more middle-aged female gamers than teenage male gamers when speaking at Pocket Gamer Connects Digital #6 earlier this year.