The servers will be shut down mid-November 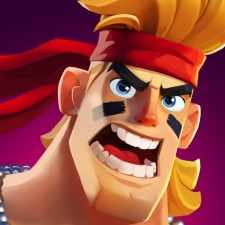 Hardhead Squad was soft-launched on the App Store and Google Play on June 9th, 2020 and received frequent updates throughout the process. The game was available across Denmark, Finland, Poland and the US.

The reason for the cancellation was due to concerns about the potential of the global release of the game.

The aim of the game was to build and defend your own base while trying to secure new territories for your squad. Players would research new technologies to get the upper hand against the competition alongside working with their squad.

A final update to the game was added on August 12th that revealed the news to players and disabled in-app purchases. The game’s servers will remain active until November 12th, 2021.

"We made the decision to cancel our strategy game Hardhead Squad which was in soft launch," said Rovio CEO Alex Pelletier-Normand.

"We did not see enough potential for a global release and we believe it is important to focus our resources where they can make the biggest impact. I want to thank our team for their hard work throughout the development of the project."

Rovio recently revealed that it has acquired Turkish hypercasual studio Ruby Games, with an initial purchase of 20 per cent of the company’s shares for $10 million in cash.

Prior to that, the studio partnered with the World Health Organisation (WHO) to promote awareness and give advice on how to stay healthy at home.