The studio was created by two chess Grand Masters 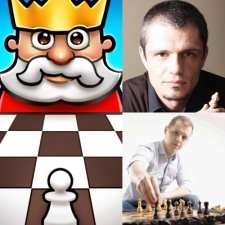 A startup created by two chess grandmasters, Kings of Games, has raised funding for its flagship title, Chess Universe.

The funding round was led by Transcend Fund and is the first early-stage investment by a major games venture capital fund in Slovenia. Transcend did not disclose the total amount raised at the funding round. The funding will be used for live operations and updates to the game.

Based in Ljubljana, Slovenia, Kings of Games was founded in 2019 by chess grandmasters Dusko Pavasovic and Luka Lenič. The latter acts as CEO with the former taking the role of its chief operating officer.

Chess Universe originally launched in late 2019, followed by a global launch in March 2020, just before COVID-19 hit. The game has already surpassed one million downloads.

"The investment greatly accelerates our ability to scale the scope of our game through live ops and updates,” said Kings of Games CEO and co-founder Duško Pavasović.

"Already we see strong organic growth and a thirst among both casual and core audiences for an even deeper chess experience."

Before founding Kings of Games, Pavasovic was behind the release of another chess game, Chess Raiders. One issue Pavasovic found was that the game was not very accommodating for new players. Another issue was the game relied on a different backend provider which eventually shut down.

Pavasovic aims to address the previous game’s issues with Chess Universe to accommodate for new players, following a worldwide revival of interest in Chess. Chess Universe includes additional game modes such as player-versus-Grand-Master mode, where 16 players face off against one Grand Master.

Former King and Z2 developers have raised $5 million in funding for game studio Starform, which will be used to scale the company and begin work on future projects.