Host Geoff Keighley will return with a new co-host 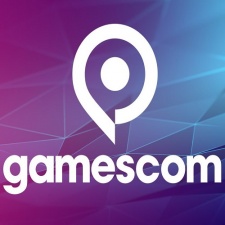 The organisers of Gamescom have revealed more details about the upcoming event, with more than 30 games set to appear.

Gamescom 2021 will take place as an all-digital event, for the second year running, from August 25th to August 27th. Gamescom Opening Night Live will begin at 18:30 UK time with a 30-minute pre-show, followed by a two-hour-long main event from 19:00 UK time. The programme for the show will feature over 70 developers and publishers.

The event will be hosted from the Koelnmesse in Cologne, Germany, similar to previous years. This year, however, Gamescom host Keighley will be joined by GameStar’s Natascha Becker, who will co-host the digital event.

Gamescom 2021 will be available to watch via Gamescom’s official channels, along with YouTube and Twitch. Several content creators will co-stream the event, providing commentary in different languages.

Additionally, an IGN-produced 'Awesome Indies' event is scheduled to highlight up to 40 indie games during a 90-minute presentation at 19:30 UK time on August 26th.

"We’re delighted to produce another Gamescom: Opening Night Live, which will present more than 30 games from across the industry this year," said Keighley.

"The community can look forward to new game reveals, updates on the most anticipated games and other surprises with guests on stage and much more – all live-streamed for fans around the world."

Gamescom has already revealed a roster of industry-leading names that are due to attend this year’s event, including EA, Ubisoft, Bethesda and Sega.