The increase was initially implemented to encourage social distancing 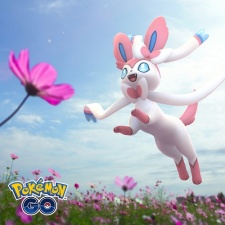 Niantic has u-turned on a decision that decreased the interaction radius in Pokémon Go from 80 metres to 40 metres.

The company revealed the decision on Twitter, verifying that the base interaction radius will remain at 80 metres going forward.

The interaction radius is the distance that players can be in order to interact with points of interest in the game, such as Pokéstops or gyms.

During the height of the pandemic last year, Niantic doubled the game’s original radius to 80 metres to encourage users to socially distance themselves from one another whilst playing the game.

In addition to promoting social distancing, the increased radius was beneficial to players with disabilities, providing access to otherwise unreachable locations.

Following the relaxation of COVID-19 restrictions, the developers returned the radius to 40 metres in the US and New Zealand.

In an open letter to the Niantic earlier this month, the Pokémon Go community addressed the recent update that reverted the radius to its original distance. The letter stated that the removal of the feature is impacting the community in "countless negative ways".

Niantic provided a prompt response to the letter in a blog post that stated they had heard the community "loud and clear" and promised to address the concerns surrounding the interaction distance.

The company’s reasoning for returning the radius to 40 metres was because they want people to connect to "real places in the real world" and to "visit places that are worth exploring".