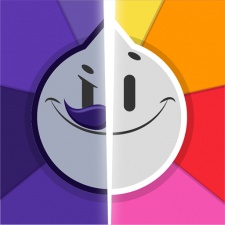 It was launched in November 2020 as part of Trivia Crack's 7th anniversary and is available on the Google Play Store and App Store in ten languages.

The United States, Canada and the United Kingdom had the largest number of users, followed by France, Australia and Germany.

The player pairs up with a colourful protagonist to climb up a mountain, answering questions correctly in order to free characters. The key to rescuing said characters is knowledge of art, entertainment, sports, history, geography, and science; a character is represented by each category.

There are shortcuts to boost progression, but also traps that make users go back.

The mobile game recently added new pawns and frames to customise the game based on players’ favourite topics. These can be obtained by answering questions on topics and completing themed missions.

In the next few days, players will be able to win up to four special pawns as part of the game’s Halloween special event.

Founded in Argentina in 2009 and best known for global hits Trivia Crack and Word Crack, Etermax has expanded to Uruguay, Germany, Brazil, Mexico and Columbia.