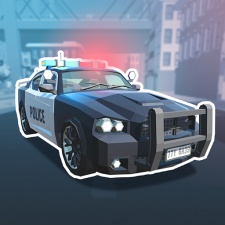 Traffic Cop 3D, the latest title from UK hypercasual outfit Kwalee, has been off to a good start.

Within its first two weeks the game has accumulated more than 4 million downloads worldwide, pushing Kwalee’s overall downloads across its portfolio to 730 million.

Traffic Cop 3D has reached number one on the App Store in 11 countries, including the USA, UK, and Canada.

Furthermore, the game has featured in the top 10 games in 27 countries, and top 10 casual games in 41 countries.

In Traffic Cop 3D, players take the role of a traffic police officer, scanning cars on the highway and chasing after rogue drivers.

Players have the choice whether to reprimand the offender or let them off.

"We knew very early on that we could be on to something great with Traffic Cop 3D," said Kwalee head of development Simon Platt.

"Being a cop and driving a police car are things people instantly understand and can relate to from childhood games. Bringing all this together in a compelling way that empowers the player was key, and we’re proud to see from the immediate reaction that we achieved this."

Traffic Cop 3D is the first game to be released under the studio’s new hybrid working model, combining remote and in-office work from its studios in Leamington Spa, Bangalore and Beijing.

Kwalee CEO David Darling added: "Topping the charts is a feeling that we never tire of, no matter how many times we achieve it. So much work goes in behind the scenes on great prototypes that never see the light of day, but successes like Traffic Cop 3D validate our whole ‘fail fast’ approach and make everything worth it."