More than 300 teams registered for the qualifiers 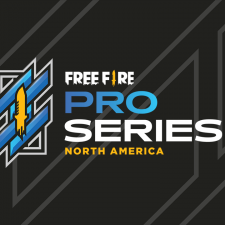 Over 300 teams registered for the qualifier, with all available slots being filled within the first 24 hours.

There are 24 teams left competing in a three-week group stage from November 13th, 2021, through to the last chance qualifiers on December 4th and 5th.

The top 12 placing teams will receive payouts, with other rewards available for specific achievements, such as the most total kills and the most team "booyahs".

The event will stream on the Free Fire North America YouTube channel with commentators and content creators talking through each phase.

The next World Series

The Free Fire World Series 2022 has also been revealed to be taking place in May 2022 with qualifiers to be held across multiple regions in the coming months.

This follows the Free Fire World Series 2021 in Singapore which reached record viewership, peaking at 5.4 million concurrent online viewers during the finals.

This is especially noteworthy as it was the highest peak viewership in the history of all esports matches excluding Chinese platforms, according to Esports Charts.

Free Fire is proving to be very popular and is one of the most-watched mobile games, reaching 325 million hours of gameplay watched in Q3 2021.

Free Fire can be downloaded on the App Store and Google Play Store.