The seedling is growing 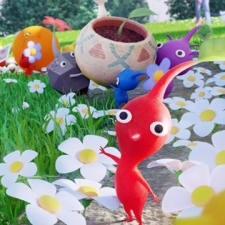 Pikmin Bloom from Niantic has generated over two million downloads within its first two weeks since launch.

According to Sensor Tower, the game generated $473,000 since its global rollout on the App Store and Google Play.

Japan led the way for downloads, accumulating 864,000 downloads, or 43 per cent. The US ranked in second place with the UK placing third.

Similarly, Japan was also first in terms of player spending, generating $252,000, or 53 per cent of the overall consumer spend. In second place was the US, followed by Canada.

In comparison to previous Niantic titles, however, Pikmin Bloom is trailing behind.

Within its first two weeks, Pokémon Go had generated over 75 million downloads and accumulated approximately $116.4 million in consumer spending following its launch on selected countries in July 2016.

Wizards Unite had a much stronger launch than Pikmin Bloom, however, Niantic revealed earlier this month that due to its poor performance it will be shutting down the title on January 31st, 2022.