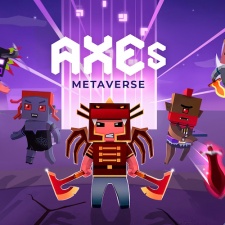 A sequel to Axes.io, Axes 2.0 will become part of the Axes Metaverse and will allow players to trade and exchange unique in-game items using NFT technology.

Azur Games has invested $2 million into the creation of the latest blockchain-based metaverse which will contain seven different regions and races, with the world will developing through "episodes".

The developers of Axes 2.0 plan to create a deflationary economy to maintain the value of in-game items and currencies. This means that certain actions, such as upgrading a character, will require the "burning" of some tokens permanently.

"We see great potential in players being able to have real proof of ownership when it comes to unique in-game items and characters," said Azur Games co-founder Dmitry Yaminsky.

"If trading and collecting are a big part of the game’s meta, not having this feature is an enormous missed opportunity. NFTs offer a unique approach in this regard."

Azur Games has stated that it is actively searching for new developers to work on future NFT projects.

The company intends to invest an additional $10 million into this initiative over the next year.