Available from 9 December strictly for Ghost Recon Breakpoint on PC 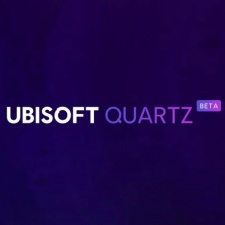 Ubisoft has announced its Quartz platform for players to acquire its playable NFTs, Digits, following four years of in-house analysis and research of blockchain technology.

Available from December 9th, the beta launch of Quartz will only be available to players of Tom Clancy’s Ghost Recon Breakpoint on PC.

The first Digits will comprise limited in-game cosmetics with "active utility value" such as in-game vehicles, weapons, and equipment that feature a unique serial number and certificate of ownership, although no further details have been confirmed.

Nicolas Pouard, vice president of Ubisoft’s Strategic Innovation Lab, commented: "Ubisoft Quartz is the first building block in our ambitious vision for developing a true metaverse. And it can’t come to life without overcoming blockchain’s early-form limitations for gaming, including scalability and energy consumption."

Digits will run on the energy-efficient Tezos blockchain, which is run on a Proof-of-Stake consensus mechanism.

Didier Genevois, blockchain technical director at Ubisoft, added: "Energy-efficiency is a key requirement to propel blockchain technology into a future where it can be widely used by millions of players. We chose Tezos because of its original Proof-of-Stake network and its leadership in clean NFTs."

The largest video games company to commit to NFTs, Ubisoft has been a longstanding proponent for NFTs in gaming, and while Quartz has currently only been announced for "Triple A games", this represents an undeniable commitment that PG.biz is confident Ubisoft will explore in the mobile space.