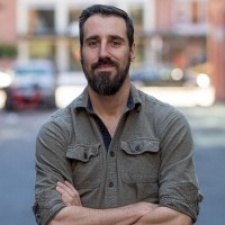 Genvid has announced the hiring of Arthur von Nagel as the new vice president of production at the company, to head a new publishing division.

Formerly overseeing the Rocksmith brand at Ubisoft, Nagel’s responsibilities at Genvid will include managing creative teams and working together with external teams and produce Genvid’s Massive Interactive Live Events.

In an interview with GamesBeat, Nagel commented: "I’m, you know, managing a lot of the relationships with our developers and with our IP holders. So my role is doing a lot of people management, a lot of kind of connecting the dots, and team building."

Developing with a difference

The cloud technology used by Genvid enables audience participation during events, meaning that in the recently released Pac-Man Community, for example, Facebook Gaming streamers can invite viewers to join them.

"What we’re doing is unlike any other kind of game development that I’ve ever worked on in terms of the amount of collaboration between the publisher connecting the dots between the developer and then the tech side of it," Nagel added.

Nagel has previously been involved in shipping more than 30 titles, and aims to double the 100-person Genvid team this year.

Nifty Games also recently revealed the expansion of its senior team, with the hiring of Chris Rausch and the promotion of Tom Shoenhair.