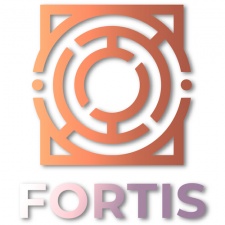 Games industry veterans from the likes of EA, Zynga, WB Games, and more have grouped together to launch a new global games outfit, Fortis.

Focusing on creating "meaningful social experiences", Fortis was co-founded by Steven Chiang, who will serve as president, Shawn Foust, Fortis’ COO, and Calvin Lau, who will operate as CPO. Between the three of them, they have held senior and executive positions at multiple leading games industry firms including EA, Zynga, and WB Games.

Through acquisitions and global hiring, the company is now at over 150 employees. As such, the company operates as "remote-first" and allows staff to work anywhere in the world.

Fortis will be fully financed by resort developer Las Vegas Sands, and will operate as a full-owned subsidiary of the company. As such, Fortis aims to triple its size over the next year.

"Our view is that we are at the beginning of a massive new opportunity for games to make their greatest and most positive impact on global culture, and the human experience,” said Fortis co-founder and president Steven Chiang.

"Fortis’ mission is to create worlds that matter, that are deeply social, across different platforms and genres, and to help build meaningful relationships and healthy communities through games. We have the financial backing and long term commitment of Sands, an experienced executive team, and the talent of a swiftly growing worldwide team to realise our vision."

Las Vegas Sands president and COO Patrick Dumont added: "As a group of entrepreneurs and executives from some of the most impactful companies in video games, the leadership team at Fortis brings together the right talent and experience to create a new kind of game company built from the ground up for a new era. We are prepared to invest at scale for the long-term to help Fortis break through as a company of consequence."

Last month, Wildlife Studios revealed the launch of Playabit, a Wildlife-affiliated studio led by former-Peak games alumni that were responsible for the development of Toy Blast and Toon Blast.