The company’s most downloaded and lucrative game to date 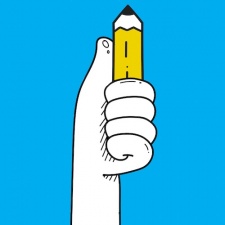 Launched in 2019, Draw It accumulated over 50 million downloads within its first three months and shot to number one in the arcade category in 48 countries, and also held its position as the number one puzzle game in the US for over two weeks.

Despite the limited longevity of many hypercasual games, Draw It picked up over 10 million downloads in 2021, which highlights the game's continued success.

As well as Kwalee’s most popular title, Draw It is also the firm’s biggest revenue stream. The studio has partnered with multiple charities through Draw It, such as SpecialEffect’s One Special Day event, which sees the game’s revenues donated to the causes.

"Hypercasual games never stop progressing and we’re always looking to publish the next big hit, but games like Draw it never lose their appeal and hitting 100 million instals is proof of this," said Kwalee CEO David Darling.

"It’s a proud ‘first’ for us and we trust our process to deliver more games with over 100 million downloads in the future!"

On the development of Draw It, Kwalee head of development Simon Platt added: "Draw It seems like a simple game at first glance, but look under the hood and there is a lot of sophisticated tech pulling the strings. Although we made many games before Draw It, none came close to the game’s wondrous design and technical complexity. I believe this is the special sauce that makes Draw It such a popular game still today."

When Kwalee launched Draw It the studio employed 34 staff in its Leamington Spa headquarters. Since then, the company has expanded beyond 200 staff members and expanded its operations across 18 countries, most recently the expansion of its Bangalore studio.

As well as organic growth, Kwalee made its first acquisition earlier this year with the addition of French narrative developer Tictales.