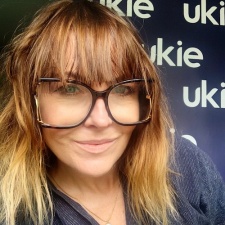 UK games trade body Ukie has revealed the results of its second UK games industry census to assess the diversity and inclusivity of the workforce.

Conducted in Autumn 2021, the census consists of over 3,600 respondents that provided information regarding their background and characteristics, such as gender identity, age, and race, as well as about their working practices.

According to the report, the UK games industry is 67 per cent male, 30 per cent female, and three per cent non-binary, compared to 70, 28, and two per cent in the firm’s 2020 report respectively.

The games industry is a moderately young workforce with 61 per cent reporting that they are 35 or under, however this is a decrease from 66 per cent in 2020.

This census also explored the effects that the pandemic has had on working practices and industry attitudes.

Pre-pandemic, 66 per cent of games industry workers reported that they worked in an office, compared to nine per cent at home and seven per cent in a hybrid system. This time around 80 per cent of respondents stated that they work from home, eight per cent work solely in the office, and 11 per cent operate with a mix of both.

In the foreseeable future, only 10 per cent of respondents stated that they wish to work from the office exclusively, opposed to 56 per cent wanting a hybrid model, and 38 per cent that want home working entirely.

"The result of this year’s games industry census shows that the industry has made progress on building an equal, diverse and inclusive sector, adapting well to the immediate challenges posed by the pandemic, but that plenty of work still lies ahead," said Ukie CEO Dr. Jo Twist.

"We must ensure that initiatives like #RaiseTheGame, which has signed up 205 partners since 2020, continue to play a key role in driving forward meaningful long-term change to ensure we do not miss out from the opportunities of being a truly inclusive sector."

Although the sector is experiencing a slight increase in women joining the industry, there remains considerable steps to take to improve the games industry's professional reputation. PocketGamer.biz spoke with industry luminaries on how the games industry can better support women into executive positions.