Over 1.5 billion players to date, with millions of DAUs 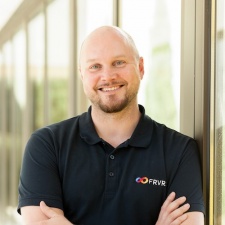 Mobile and web-based casual games developer FRVR has raised $76 million from its latest funding round.

The round was led by Hiro Capital and featured participation from existing investors Accel and Makers Fund.

Founded in 2017 by now defunct Cape Copenhagen founder Brian Meidell and former Yahoo director of product and monetisation for games Chris Benjaminsen, Frvr has reported that since its launch the platform has accumulated over 1.5 billion players to date, with millions flocking to the platform every day.

The firm has stated that the investment will be used to secure additional "high-quality" games and content to the platform, as well as channels "in and beyond" app stores.

"We’re excited to bring the full power of our existing platform and partnerships together with world class games and game teams, and to bring deeper experiences to our many distribution channels," said FRVR CEO Brian Meidell.

"This round allows us to significantly raise the bar for the kind of games you can play across our many game channels, so people will be able to play great games anywhere they are already spending their time."

FRVR secured an initial $3 million in funding back in 2018, which the company subsequently used to expand into additional platforms, primarily mobile.

Hiro Capital founding partner Luke Alvarez added: "FRVR is at an exciting phase where the strength of their team and distribution network combined with a whole new level of game content, will rapidly grow their player base. With this funding we are confident that FRVR can bring world class content to a lot of new players."

Hiro Capital and Makers Fund both recently participated in a Series A funding round for Indian esports and game streaming platform Loco, raising $42 million. The platform has also received backing from PUBG Mobile developer Krafton.