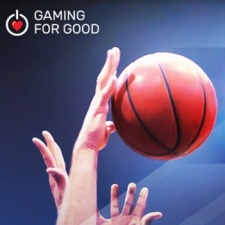 Skillz is teaming up with the American Cancer Society (ACS), its Gaming for Good partner, to launch a competitive tournament on mobile.

Coaches vs. Cancer, a partnership between ACS and the National Association of Basketball Coaches, is going to be held every Sunday for three weeks starting March 20 and spotlighting three former NCAA coaching legends.

Hall of Fame star Jim Calhoun, Bobby Cremins from the College of Charleston, Georgia Tech and Appalachian State, and Lon Kruger, the only coach to win NCAA tournament games with five different programs, are all going to feature in a series of videos.

"As a four-time survivor of cancer, I believe that everything is beatable if you have that fighting spirit. I am a proud supporter of Coaches vs. Cancer and encourage everyone to have some fun while playing to win in Skillz’ Gaming for Good tournament," said Calhoun.

"I’ve been a champion of Coaches vs. Cancer for over two decades, and it’s a cause that remains near and dear to my heart. Whether you’re a fellow coach, a fan, player, or a part of our community, let’s unite together and play to save lives with Skillz," said Cremins.

The games to play

Players around the world can compete in games such as 21 Blitz, Blackout Bingo, Dominoes Gold and Solitaire Cube, with entry fee proceeds to be donated to Coaches vs. Cancer.

To enter in the tournament, players need to download one of these games and log in on Sundays, entering the event title: G4G - Coaches Vs. Cancer.

“Coaches vs. Cancer is an incredible program that makes a positive difference in the lives of so many. We encourage everyone to get involved by playing in the Skillz mobile games tournaments. Team with us today and help us finish the fight against cancer," said Kruger.

The grand prize in the tournament is three trips to the main November Coaches vs. Cancer event, with airfare, hotel accommodation and event tickets covered.