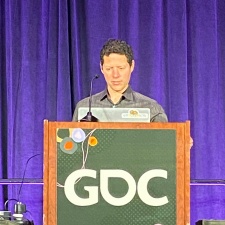 David Fox, CEO of Double Coconut, is unabashed with his opening: “The battle pass is the feature of features in the F2P space. It does it all.”

Fox stated almost half of the top 100 grossing mobile titles utilise battle passes, and they have application in a diversity of genres from FPS and puzzle to social casino and trading card.

Looking at a specific case study, Fox stated it led to a doubling in revenue for Supercell’s Clash of Clans, drawing in players who have been playing for years but never previously engaged in IAP, and was a sustainable revenue increase. Battle passes also increased engagement, both frequency of play and lengthier play sessions.

Fox considered saga maps as the foundation of battle passes: benefits include giving players a sense of a journey with short- and long-term goals. But they require quests and achievements to give players guided goals and direct open-ended play. But the true benefit is the premium/VIP club, which originated from casino games, both mobile and beyond.

Tying this together are seasons, which define end dates with significant rewards and progression refreshes, and comestics. While the latter typically does not affect gameplay, they are still effective in drawing in players.

Fox profiled the Clash of Clans battle pass, which both enables players to collect all of the bonuses and allows players to use their previous progress, as well as successfully “upselling” players with generous reward systems, offering a mix of unique cosmetics, discounted clan benefits, and mix of hard and soft currencies and boosts.

Other successful implementation of battle passes include Gardenscapes – “You have to give props to them for putting a battle pass in a gardening game” – and Genshin Impact, which is more difficult to progress along but offers IAPs to progress through the battle pass and offers extremely rare unlocks.

Looking at examples of poorly-implemented battle passes, Fox identified Idle Miner Tycoon, in which the battle pass is strictly limited to events, and progress through the main game does not contribute. As such, “it is not a central feature.”

Similarly, notable nont-a-mobile-game Halo Infinite’s battle pass frustrated players by having objectives that did not correlate with satisfying gameplay.

Fundamentally, the battle pass requires adequate rewards, is baked into the game’s meta, enables players to show off their cosmetics – easier in PvP games, but non-PvP games should have a function for players to share their battle pass cosmetics – and allows room to grow for long-term fans.