Utomik is bringing more than 1,000 games from PC to Android with cloud gaming

Scheduled for middle of this year 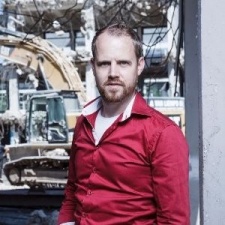 Gaming subscription platform Utomik has revealed plans to offer users of its service access to cloud gaming by the middle of 2022.

This will enable the playing of Utomik’s library of PC games on mobile and tablets running at Android 9 and above. Samsung TV models with Samsung Gaming Hub will also be compatible with this cloud technology.

Utomik currently supports a library of more than 1,300 games, and when it launches its cloud gaming service, players will be able to switch between devices and continue playing.

There are plans to launch a closed beta soon for select users granted access to 75 games including Call of the Sea. Availability will be in the UK and Benelux initially, with North America and other regions to follow.

Going forward, Utomink plans to bring this service to all parts of the world where the internet available is reliable enough to support cloud gaming.

Ahead of the launch

"We wanted to build the app and the backend that we need to deliver a solid user experience, making games even more accessible," said Utomik CTO Mark Schroders.

"By using a novel blend of cloud gaming and file streaming technology we strive to provide an effortless gaming experience!"

Utomik CEO Doki Tops commented: "The addition of cloud gaming is very exciting and brings great opportunities for Utomik on the B2C and B2B markets: players can now game anywhere they like!

"And with partners such as Samsung, which sells around 50 million units a year that Utomik can transform into gaming devices, we can soon deliver games to more people around the world, whether they call themselves gamers or not, opening new markets."

Earlier this month, Xbox announced that it had added improvements to Xbox Cloud Gaming to provide an increased performance for iOS users.

Cloud gaming will quadruple to $6.3 billion by 2024, says Newzoo