Only 8 Ball Pool and Agar.io will remaining on website after Summer 2022 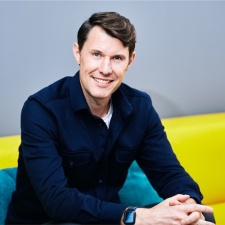 As it celebrates its 21st anniversary, Miniclip has revealed that it will be moving away from its browser-based games to focus more on its mobile offerings.

Miniclip.com first launched in 2001 by Rob Small and Tihan Presbie and had one title available on the site, Dancing Bush. By 2005, Miniclip was the largest browser games site by users.

As the platform grew, Miniclip eventually turned its eye towards mobile games publishing and first started publishing its games on mobile devices in 2010. At present, Miniclip has over 250 million monthly active users on mobile devices, and with the dwindling popularity of browser games the shift to focus more on mobile makes sense.

Last week, Miniclip revealed that it has surpassed over four billion downloads across its mobile games, with 8 Ball Pool its most downloaded with over one billion instals, further explaining the move to focus its attention more on iOS and Android games.

"Miniclip has been such an important part of my life, from the early days of frantic development on Dancing Bush to the global company it is today," said Miniclip co-founder and president Robert Small.

"It’s impossible to sum up the pride and gratitude I feel seeing how much we have grown since our humble start. Under the fresh leadership of Saad as CEO, Miniclip has an even brighter future ahead of it as we maintain our mobile focus, and our players around the world will have so much to look forward to."

The current Miniclip.com website will be available in its present format until Summer 2022 before it transitions to become a destination for news and information about the company, However, 8 Ball Pool and Agar.io, two of the firm’s most popular titles, will remain playable on both browser and mobile.

Following the change, the firm has stated that it will focus on creating "bigger and better" experiences for mobile devices.

To support its expanding mobile games operations, Miniclip recently launched a new studio in Portugal, marking its fifth location worldwide, including the UK, Italy, Switzerland, and the Netherlands.