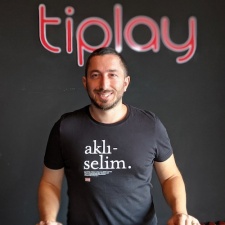 Turkish mobile games firm Tiplay Studio has revealed that it has been accepted onto Snap Inc.’s accelerator programme, Yellow.

Founded in 2019, Tiplay focuses on the development of hypercasual, arcade, and Snap games, and has three offices located in Turkey - two in Denizli and one in Izmir.

Based in Los Angeles, Snap Inc.’s Yellow is an ecosystem and platform that provides a community and mentorship to aspiring developers. To date, Snap’s Yellow accelerator has invested in over 30 startups, from games to social networks, such as Wabisabi Games, ANRK, Cash Live, and more.

Additionally, Tiplay is also included in the Snap Game Partner programme and developed their first Snap game in 2021. The firm stated that its first Snap game, Pair Up, was "well received" globally.

"On the right track"

“Yellow is an ecosystem that brings technology and creativity together and invests in initiatives that are open to growth," said Tiplay Studio CEO Mehmet Umut Ermeç.

"We are proud to be a part of a world-renowned program that supports companies that eliminate borders and bring innovative ideas to life. It is a very important step towards our goal of making Denizli the Silicon Valley of Turkey.

"Getting into the accelerator program and receiving investment today shows that we are on the right track in our goal of creating a globally sustainable game development ecosystem."

Last December, Tiplay raised $500,000 from a Series A funding round that valued the company at $25 million. The studio stated that it would use the funding to expand its team and accelerate the development of its upcoming games.

Region Lock: Turkey's hypercasual truimph, and what it means for its young population

Speaker Spotlight: Snap's Gracia Pozo on the next gen of hypercasual games